What Is Blue Waffle Disease Everything You Need to Know

Relax, since the famed unsettling image of "blue waffle illness" isn't anything to be concerned about...because it doesn't exist. However, don't put off being tested if something doesn't seem right down below. Even if everything appears to be fine with your private parts, make sure you receive regular tests recommended by your ob-gyn. 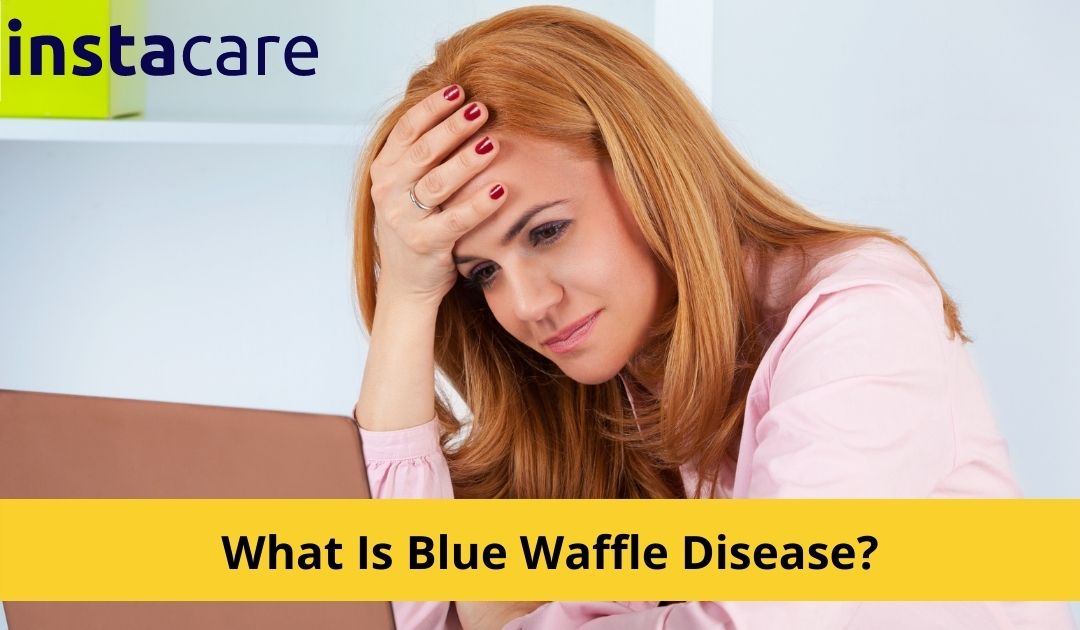 Blue waffle disease is a sexually transmitted fake disease that affects ladies solely. Waffle is a slang name for vagina, and blue refers to one of the imagined symptoms of this illness. This is all based on groundless rumors which are not medically approved.

What is Blue Waffle Disease?

According to web sources, blue waffle sickness is an illness that can disfigure and color a person's vulva and vaginal area blue. While there are numerous real and life-altering STDs, none of them make the vulva blue.

Origin of the Blue Waffle Disease

In 2010, an image circulated on the internet. The image depicts a scabbed, blue-tinted labia that appears to be diseased. Later a councilwoman from New Jersey claimed that the disease took the lives of almost 30 women. She was made fun of because the disease isn't even considered to be real. All doctors deny the authenticity of the disease. No disease can turn your genitals blue at much is true.

Fortunately, blue waffle sickness is a fake, despite the realistic-looking images and the councilwoman's false assertions.

Many of the symptoms linked with blue waffles are a red or irritated vagina or vulva, strange or foul discharge, and itching or burning. But this may very well be the symptoms of a condition called vaginitis.

Infections frequently cause vaginitis. Some vaginal infections are transmitted through sexual contact, while allergic reactions or abnormalities cause others in the vagina's normal chemical or bacterial balance.

They can even be symptoms of other STDs, so it's better to get a checkup. Still, the results will not be the blue waffle disease.

Blue waffle illness is associated with bacterial growth on the vagina of women suffering from it.

Blue waffle is a sexually transmitted disease transferred by several sex partners and uncontrolled intercourse. Cuts and scrapes on the vagina during sexual intercourse make a woman more vulnerable to infection and bacterial growth on the vagina.

Blue waffle sickness is more likely to harm someone who does not practice good personal hygiene.

The bacterial development has caused significant inflammation in the vaginal area, which is unbearable.

There is vaginal pain and an excess discharge of foul fluids from the vagina. There may also be repeated instances of irregular bleeding.

A bulge in the private organs

With time, an infected woman is likely to notice a bulge in her private organs, making it more painful and enhancing the severity of the blue waffle sickness.

What Does the Blue Waffle Disease do?

According to a rumor, a blue waffle turns your vulva blue. Blue waffle and blue genitals aren't real, but darker-colored labia — the lip-shaped structures on either side of the vaginal opening — are. During puberty, some people find that their labia become darker. Again, this is entirely usual.

Don't accept everything you read!

Blue waffle is a fictitious sexually transmitted infection that mimics the symptoms of real vaginal infections. This rumor is spreading like wildfire over the internet. The rumor about the fictional sickness demonstrates that few people receive sex education, which is critical for preventing potential STDs.

Cautions in Regards to the Blue Waffle disease

Blue waffle is a bogus STD that has been misdiagnosed as having symptoms similar to genital infections and true STDs. However, many sexually transmitted infections can produce discharge and sores, for which you should see the best sexologist. The prevalence of rumors about this fictional sickness suggests that people are not receiving comprehensive sexual education. People may seek answers independently without the right information and end up trusting incorrect information obtained from the internet.

Adequate sex education is required to ensure that educators provide young people with the facts and knowledge they need to protect themselves and others from STDs.

So, relax, since the famed unsettling image of "blue waffle illness" isn't anything to be concerned about...because it doesn't exist. However, don't put off being tested if something doesn't seem right down below.

Even if everything appears to be fine with your private parts, make sure you receive regular tests recommended by your ob-gyn.

Please book an appointment with the best Sexologist in Lahore, Karachi, Islamabad, and all major cities of Pakistan through InstaCare, or call our helpline at 03100002273 to find the verified doctor for your disease.

Is blue waffle disease a disease?

No, blue waffle disease is not a sickness. It is just an online rumor and is denied by medical sciences.

Is blue waffle disease an STD?

While other STDs can change one's life, blue waffle disease is not considered an STD.

Do the symptoms of blue waffle disease resemble any other disease?

STDs, just like chlamydia, gonorrhea, and trichomoniasis, can cause symptoms similar to the fakeblue waffle vagina, though the color of the vagina or vulva does not change to blue.