A cerebral palsy is a group of disorders that affect the tone and coordination of muscles. The word cerebral refers to the brain, and palsy refers to weakness. It may affect the vision, sensations, and hearing. Cerebral palsy is often a result of damage that occurs at the developing stage of the baby.

Generally, cerebral palsy affects the movement, causes impairment of limbs and muscles movement, abnormal posture, unsteady gait, floppiness or stiffness of limbs and muscles, and abnormal reflexes. The signs and symptoms of cerebral palsy appear in early childhood. People with it may also have swallowing difficulty and problems with vision. Their eye muscles can not let them focus in one place. Also, due to the stiffness of muscles, they may not have a normal range of joints. The symptoms of cerebral palsy differ from person to person. Some may be able to walk, while some can not, some may have normal intellect, while some may. It may also be accompanied by deafness, blindness, and epilepsy.

The signs and symptoms of cerebral palsy differ from person to person and according to the area of the brain affected. Some people with it may have difficulty in grasping objects, while some may have other difficulties. Also, they may differ from time to time ranging from mild to severe. The most common signs and symptoms of cerebral palsy are as follows.

Spasticity of muscles- stiffness of muscles with hyperactive reflexes

Cerebral palsy can affect both sides of the body, or it remains limited to one limb or one side of the body. Since the damages that occurred to the brain do not progress over time. Therefore, the symptoms do not worsen by age. However, they may get better as the child ages. But muscle rigidity should be treated aggressively. If left untreated, it can lead to various further complications.

The main cause of cerebral palsy is any damage to the brain, mostly in the developing stage when the child is unborn, inside the uterus. Factors that can lead to the abnormal brain development of the fetus are;

A cerebral palsy is a group of disorders that affect the tone and coordination of muscles. It affects the movement, causes impairment of limbs and muscles movement, abnormal posture, unsteady gait, floppiness or stiffness of limbs and muscles, and abnormal reflexes. It can occur due to the damage that occurs in the developing stage in the fetal stage.  The onset of symptoms occurs in the early childhood stage. However, they may not worsen over time. Physiotherapy can help in managing the symptoms of cerebral palsy. If you feel that your child is slow in intellect and movements according to their age, you must consult with a pediatrician about it. 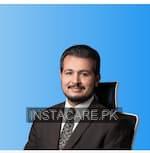