Hydrocephalus is a condition in which there is an excess accumulation of cerebrospinal fluid (CSF) within the ventricles of the brain.

The ventricles are small chambers located inside the brain and contain the CSF and help in the production, transport, and removal of CSF. The CSF is responsible for:

While CSF is vital for the function and protection of the brain, it must remain in the required quantity. Too much CSF results in hydrocephalus and is harmful to the brain. To maintain a normal amount of CSF, the body produces it and absorbs it back into the bloodstream.

Hydrocephalus is caused by excess accumulation of CSF. Any alteration in the normal circulation of the CSF can result in hydrocephalus, such as:

Obstruction in CSF circulation: The CSF flows through different ventricles and around the brain. Any obstruction in the normal flow of CSF causes its accumulation.

Poor absorption of CSF: As mentioned earlier, to maintain a normal amount of CSF, it is absorbed back into the bloodstream. In some conditions such as trauma to the brain or inflammation of the vessels, the resorption of CSF may be compromised, resulting in its accumulation.

Excess production of CSF: Sometimes, the CSF may be excessively produced, in quantities more than it can be reabsorbed that can cause accumulation of the CSF.

Based on the age of onset, presence of obstruction, and change in cerebrospinal fluid pressure, hydrocephalus can be divided into different types:

Acquired hydrocephalus: This type of hydrocephalus develops later in life due to different causes such as trauma to the brain, infections, brain tumors or brain hemorrhage, etc.

Communicating hydrocephalus (Nonobstructive hydrocephalus): This type of hydrocephalus occurs in the absence of any obstruction of normal CSF flow and is due to impaired resorption of CSF to the bloodstream.

Normal Pressure Hydrocephalus: In this type of hydrocephalus, the cerebrospinal fluid pressure remains normal or slightly elevated, but the ventricles dilate to accommodate the excess accumulation of CSF, putting pressure on the accompanying brain tissue. It is a type of communicating hydrocephalus and is more common in the elderly.

Hydrocephalus ex vacuo: In this condition, the CSF accumulation is due to enlargement of ventricles subsequent to the loss of brain tissue in conditions, such as stroke or degenerative diseases such as Alzheimer's. The CSF pressure mostly remains normal in this type.

The signs and symptoms of hydrocephalus vary with age.

The symptoms of hydrocephalus in infants include:

Symptoms in toddlers and older children:

Symptoms in young and middle-aged adults:

The symptoms of hydrocephalus in young and middle-aged adults include:

Hydrocephalus is diagnosed by a history and physical exam. Hydrocephalus can be suspected by looking at the baby’s head. To confirm the diagnosis, the doctor may suggest imagining tests such as ultrasound, CT scan, or MRI.

To treat hydrocephalus, surgical intervention is needed. Your doctor may suggest the following options:

In this procedure, a long tube (shunt) is inserted in the brain’s ventricle and on the other end, in the abdomen. This helps in the flow of excess accumulated CSF to the abdomen where it can easily drain.

In this procedure, the surgeon makes a small hole at the bottom of the ventricle with the help of an endoscope- a tube attached with a camera to view inside structures. It helps in removing the excess CSF.

Hydrocephalus is a serious condition that requires urgent medical attention. If left untreated, it can result in permanent brain damage. It is important to closely notice any symptoms of hydrocephalus and get it treated on time to prevent complications. 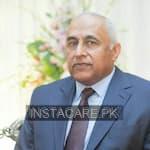 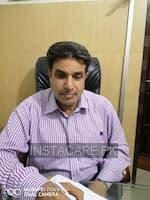 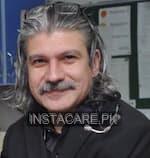 Doctors for Hydrocephalus in Different Cities