Malaria is a life-threatening disease transmitted by the female anopheles mosquito to humans. It commonly exists in tropical and subtropical areas of the world.

Four different types of plasmodium parasites cause malaria. Their names are as follows.

Plasmodium falciparum is known to cause the most severe form of malaria.

How is malaria transmitted?

Malaria is transmitted by the bite of infected female anopheles mosquitoes to a healthy human being. When the mosquito bites an infected person, it carries the infection with itself and transmits it to another person by biting them.

After how long does malaria show its symptoms after a mosquito bite?

The symptoms of malaria include:

In most people who have malaria, there is a certain pattern of fever. Generally, the patient experiences shivering followed by high-grade fever, which persists for some hours followed by sweating and returns to normal body temperature.

The life cycle of malarial parasite:

In the human being, the malarial parasite completes its asexual part of the lifecycle. This parasite enters the bloodstream and goes to the liver. Here, it infects the cells of the liver and multiplies. This phase is known as the exo-erythrocytic stage of the malarial parasite’s life cycle. After multiplication, the parasite leaves the liver cells and enters the red blood cells (RBCs) in the bloodstream. It is when the patient starts to show symptoms.

The red blood cells are responsible for carrying oxygen from the lungs to different organs. The parasite uses hemoglobin to survive and reproduce and damages the red blood cells- known as the erythrocytic stage of the malarial parasite’s life cycle.

The red blood cell bursts releasing many malarial parasites. Out of which, many go on to infect new red blood cells and some modify themselves into gametocytes, to be taken up by a mosquito, and to continue the sexual part of the life cycle.

The complications of malaria include:

Severe anemia: Since the plasmodium parasite infects the red blood cells and damages them, it can result in anemia.

Cerebral malaria: it is a life-threatening complication of P.falciparum malaria in which the brain gets swollen. It happens due to the blockage of small blood vessels by parasite-filled blood which causes brain damage. Cerebral malaria can cause coma and seizures.

Organ damage: Malaria can damage different organs such as the lungs, kidneys, liver, and spleen. In the lungs, fluid can accumulate, causing pulmonary edema. The spleen can become enlarged (splenomegaly) and, if left unattended, can rupture.

Malaria can be prevented by:

If you are traveling to malaria-endemic areas, taking antimalarial drugs as prophylaxis can prevent malaria from occurring.

Antimalarial drugs do not serve as the ultimate protection, and it is very important to protect yourself from mosquito bites.

The following strategies may help in protecting you from a mosquito bite:

Using insecticides: to kill adult mosquitoes, you can spray an insecticide in and out of your home. Mosquitoes like to reside in dark and humid places such as behind the cupboard or under the sink. Make sure to spray a mosquito killer in dark areas where mosquitoes can hide.

Preventing mosquitoes from getting in: Make sure the windows of your house are closed and there is proper netting to avoid entry of any mosquitoes in your house. Make sure there are no holes in the doors and windows from which mosquitoes can enter.

Wearing full clothing: when going outdoors, it is important to cover yourself properly. Wear long sleeves and tuck your pants in your socks to avoid any mosquito bites.

Malaria is a disease that can be life-threatening if it gets complicated. Timely medical management is very important to treat malaria and prevent complications. If you notice any symptoms of malaria, especially fever with chills, it is highly advisable to see your doctor. 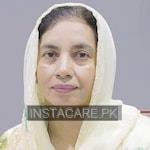 Doctors for Malaria in Different Cities