Obsessive-Compulsive Disorder (OCD) is a mental health condition in which a person gets certain thoughts, ideas, or sensations (obsessions) and feels an urge to carry out those tasks (compulsions).

People who are affected with Obsessive-Compulsive Disorder (OCD) get thoughts that they know don't make any sense but are unable to avoid them. They don't enjoy these thoughts, and they are a source of discomfort for them. Everyone gets unwanted thoughts sometimes, that is not in control, but in people who have OCD, these thoughts and the urge to do a task becomes so great that it:

The symptoms of OCD can include:

Cause of Obsessive-Compulsive Disorder (OCD):

The exact cause of OCD is unknown. However, some risk factors predispose a person to develop OCD.

The risk factors that predispose a person to OCD include:

Gender: Females are more likely to develop OCD as compared to men.

Genetics: Having a positive family history of OCD predisposes an individual to a greater risk of acquiring it.

Structure of the brain: It has been found that people with OCD have slight changes in their brains as compared to people who don’t have it.

History of trauma: History of emotional trauma in childhood such as sexual abuse, physical trauma neglect can increase the likelihood of a person developing OCD in the future.

Other mental conditions: Individuals with mental health conditions such as anxiety or depression, are more likely to develop OCD.

OCD can be diagnosed by a psychotherapist after knowing about your thoughts and a detailed history of the symptoms you experience.

The treatment of OCD may include the following:

Psychotherapy can help you manage the symptoms of OCD. Your therapist may teach you how to overcome these kinds of thoughts, and resist them. They may expose you to situations that cause discomfort and urge you to do a certain task, and then help you manage those thoughts and control the compulsions.

Your doctor may suggest different strategies to relax, such as meditation, yoga, exercise, or massage therapy to relieve stress.

OCD is a mental health condition that may be very stressful to the individual having it. Everyone can get obsessive thoughts with compulsions to do a task to some extent. But in OCD, the symptoms start affecting normal life. But with proper treatment, the symptoms can be managed well, helping you live life normally. If you notice any symptoms of OCD in anyone around you or yourself, you should visit your doctor. 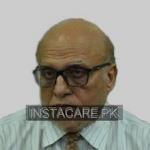 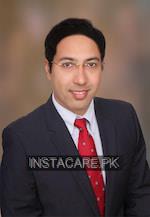 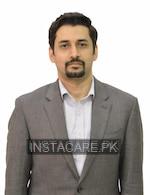