Articulation disorder refers to a condition in which a child faces trouble in producing certain sounds and pronouncing different words. It affects communication and may affect a child’s self-esteem and social life.

Symptoms of an articulation disorder

The symptoms of articulation disorder vary depending upon the underlying cause. They may include:

Apraxia is a neurological condition in which the person feels difficult to make certain movements, gestures, or speaking even if their muscles are generally healthy. A mild form of apraxia is known as dyspraxia.

The common form of it is apraxia of speech- a condition that mostly occurs in childhood in which the child faces difficulty in making certain movements while speaking and articulating words. It is also known as childhood apraxia of speech (CAS).

Dysarthria is a condition in which the person faces difficulty in speaking or communication because they can not control the muscles used in speech or they are weak. People with dysarthria cannot speak words and sentences fluently.

Dysarthria can cause speech to slow down, along with slurring that makes it difficult to understand. Typically dysarthria occurs after a stroke or due to some tumors that affect the brain. Moreover, it can also occur due to diseases that can cause degenerative changes in the brain or that affect the facial and throat muscles. Some drugs can also cause dysarthria.

The exact cause of apraxia is unknown.

Dysarthria occurs when you have any problem or paralysis of the muscles that regulate your speech, such as those of the face, mouth, or upper respiratory system. Health conditions that can cause dysarthria are;

Certain medications like seizure drugs and sedatives can also cause dysarthria.

The treatment strategies for articulation disorder can include:

Try to reach for speech therapy as soon as possible. If your child has been struggling with words for more than three to six months, you must take them to a therapist. Speech therapists can guide the struggling person about which words they are struggling with, how they can improve their speech, how to deal with the situation, and how they should talk.

You must attend all the appointments with them. Do not miss any, as doing that can deteriorate the progress. It is a long-term treatment and needs dedication and effort, but after all, it is worth it.

Along with speech therapy, you may also need psychotherapy. Psychotherapists will help boost your confidence, the way you think about yourself, and getting rid of negative thoughts. They will also teach you how you can communicate with others and the relaxation techniques that help in getting rid of stress and anxiety.

Articulation disorders need attention. If left untreated, they can affect your child’s life negatively as they grow up and can cause:

Social difficulty- people with an articulation disorder may avoid social gatherings and exposure to people due to difficulty in speaking.

Depression- people with an articulation disorder may remain depressed and isolated as people do not talk to them much and are unable to communicate.

If you notice any problems in your child’s speech, it is important to consult a speech-language pathologist as soon as possible. 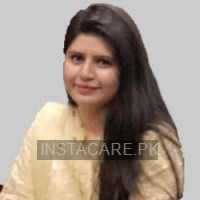 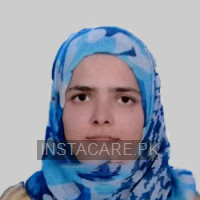