Eye infections refer to an infection of the eye. Different pathogens like bacteria, viruses, and fungi can infect different parts of the eye.

Symptoms of an eye infection:

The signs and symptoms of an eye infection include:

A stye is a swelling that appears on the eyelid. A stye is due to an infection in the oil glands or hair follicle.

A stye is very painful swelling accompanied with increased irritation of the eye, photosensitivity, and pus may also drain from the lump.

A stye may be confused with another swelling of the eye, known as a chalazion. Chalazion and stye are similar in appearance and may be confused with each other.  A chalazion occurs due to blockage of the oil glands which is mostly due to inflammation and is painless, while stye is painful.

A chalazion is not due to infection. However, if the preexisting chalazion gets infected, it can turn into a stye.

Conjunctivitis, also known as pink eye, is an inflammation of a thin layer of the eye, known as the conjunctiva. It can be caused by different bacteria, viruses, especially those which cause the common cold, fungi, and even due to allergic reactions. The common symptoms include redness of the eye, increased tearing, itchy eyes.

Keratitis is an infection of the cornea of the eye. The cornea is a transparent layer present in front of the eye and functions as the lens and helps in the refraction of light rays coming towards the eye.

Keratitis can occur due to bacteria, viruses, fungi, or irritation of the eye. It is common in people who wear contact lenses. Wearing contact lenses for a long time can irritate the eyes, causing keratitis.

Blepharitis refers to inflammation of the eyelids. It can occur due to blockage of oil glands, bacterial infections, acne, rosacea, and seborrheic dermatitis. The common symptoms include swelling and redness of the eyelids and irritation of the affected eye.

Uveitis is the inflammation of the uvea- the middle layer of the tissue in the eyewall. It can cause redness, pain, and blurred vision. The symptoms of uveitis may come suddenly and can worsen readily.  However, it is not a serious condition. But if left untreated, it can cause vision loss. It can affect one or both eyes, affecting people of all age groups, even children too.

Uveitis can occur due to infectious and non-infectious causes.  It can occur due to various reasons like a bacterial infection, viral infection, or any autoimmune disease. Autoimmune disease is the condition in which your immune system attacks the healthy cells of your body. Common symptoms include pain and redness in the eyes, floaters in the vision, and diminished vision.

Eye infections can mostly be treated at home and are not very serious. However, in some cases, they may affect the vision permanently, resulting in blindness. To prevent eye infections, make sure to maintain good hygiene. Wash your hands before touching your eyes. Clean your contact lenses before using them. Clean any makeup products on the eye before sleeping, clean your makeup brushes often, and don’t share them with everyone.

If you have an eye infection and it does not resolve with home care, it is important to see your ophthalmologist. 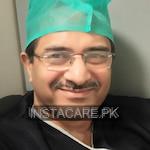 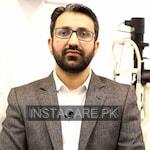